Taking the Hover Craft to the airport in Sierra Leone 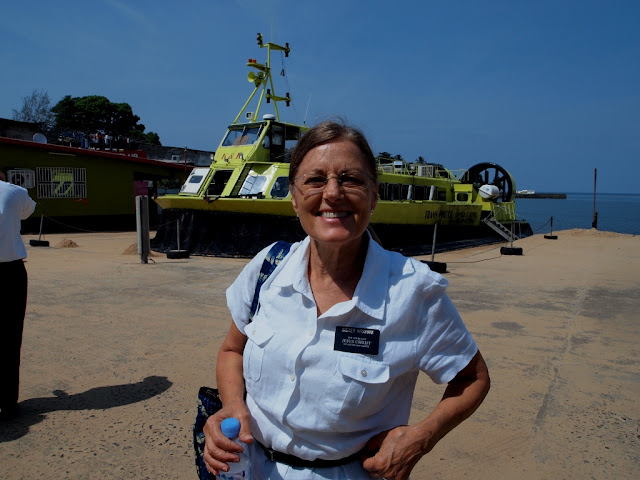 Sister Kirkham is ready to get on the hover craft. 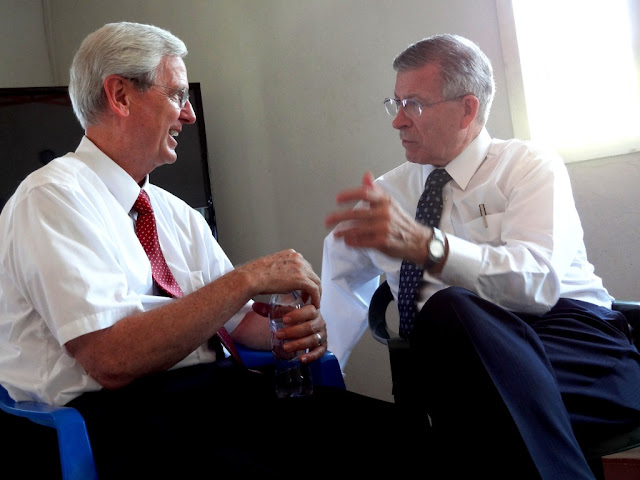 But we have to wiait.  So, Elder Kirkham and Pres. Dickson (West Africa Area President) discuss missionary matters waiting for the hover craft, while Sister Dickson gave iPad lessons to Sister Kirkham.  Sister Dickson really knows a lot about iPadding. 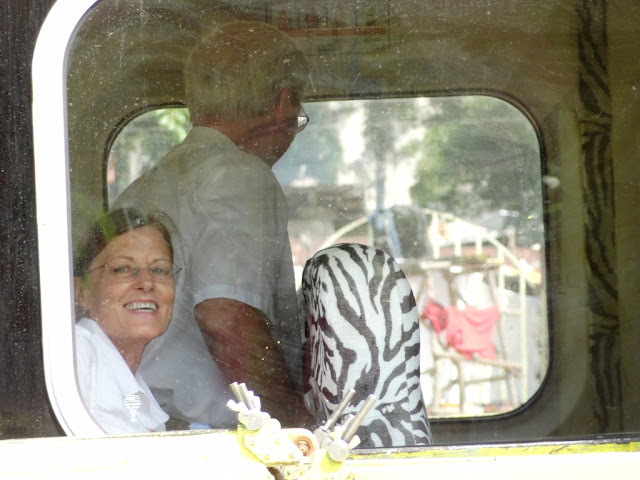 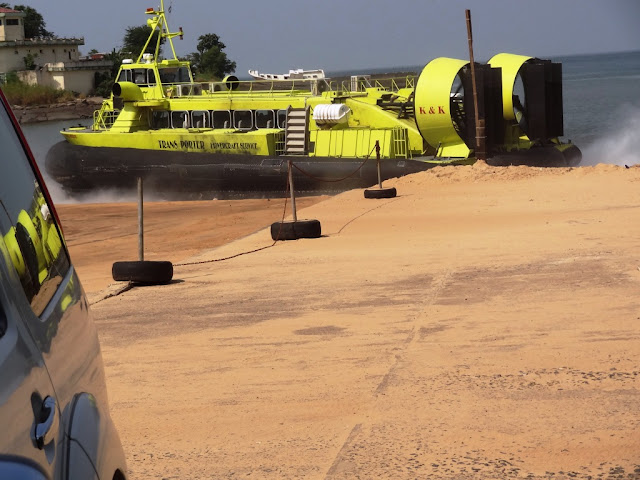 We depart on the hover craft.  What a great machine! 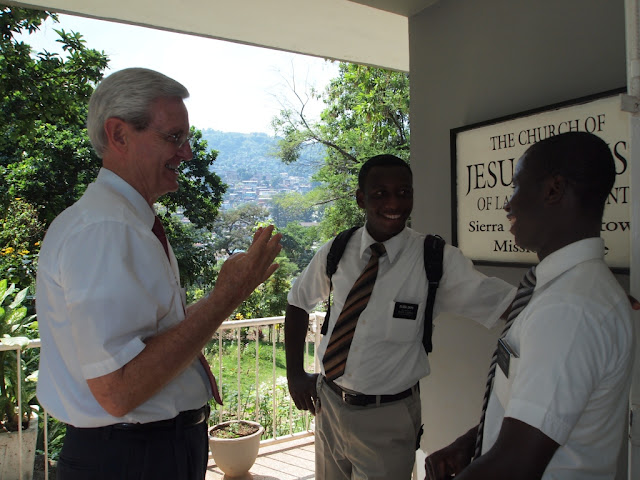 Elder Kirkham telling Elder Ekpo and Elder Esiaba about the growth of the Church in Liberia since they left and came to Sierra Leone.  Elder Ekpo lost a lot of weight since we last saw him.  I asked his companion how he lost the weight.  Without hesitation, Elder Esiaba said, "I work him hard!" :) 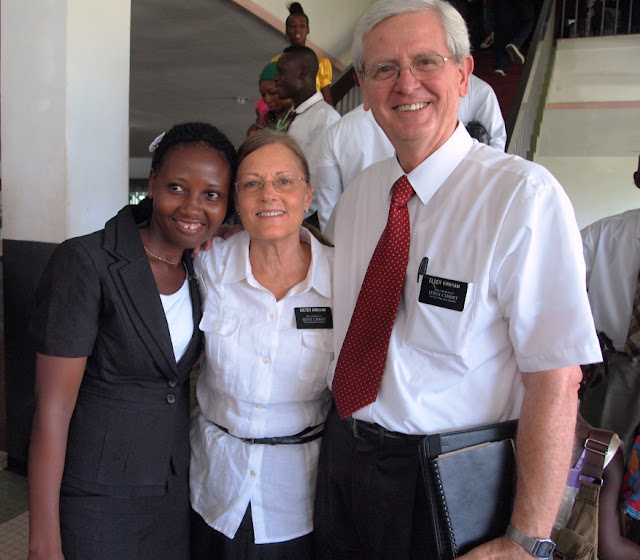 Sister Jibba, Sister Kirkham and Elder Kirkham.  Sister Jibba has been an exceptionally effective missionary.  We feel especially close to her. 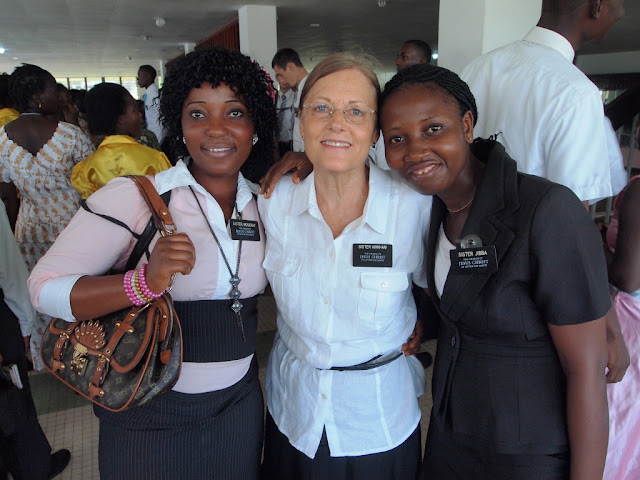 Sister Moseray & Sister Jibba with their "trainer," Sister Kirkham.  They were the first two sister missionaries in the Sierra Leone Freetown mission and both came to Liberia.  They are now at the end of their missions.

Being with President and Sister Roggia in Sierra Leone 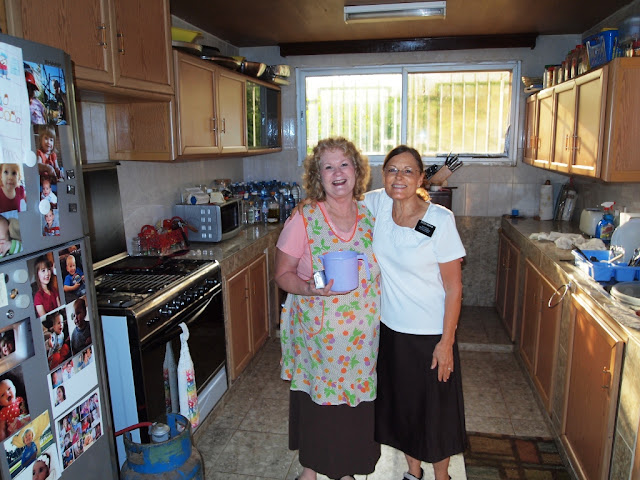 Sister Roggia and Sister Kirkham in their mission home kitchen 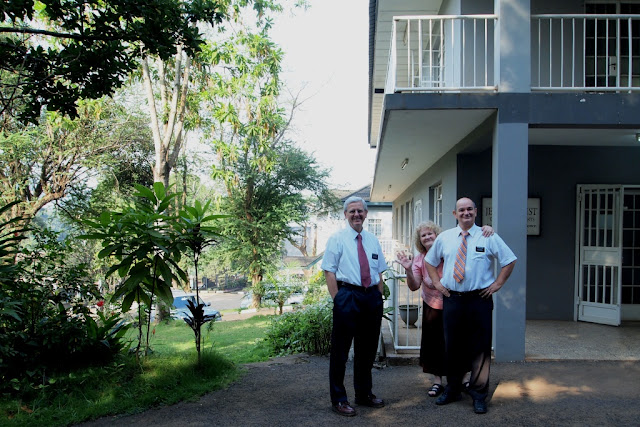 Elder Kirkham with President & Sister Roggia at the mission office in Sierra Leone. 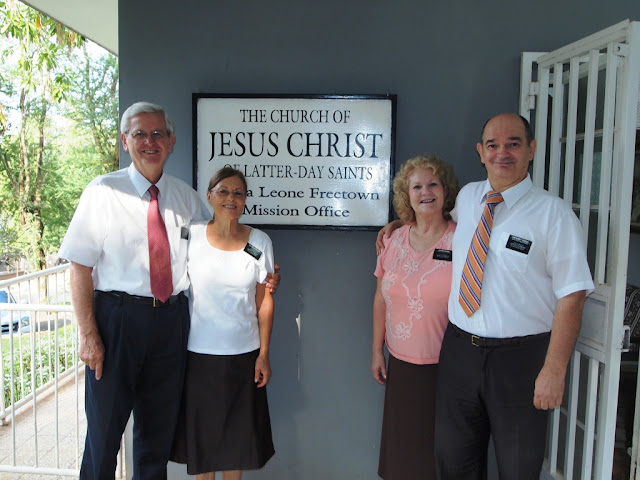 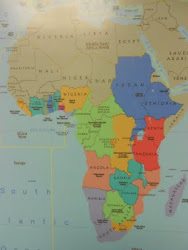 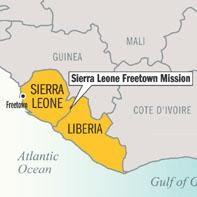